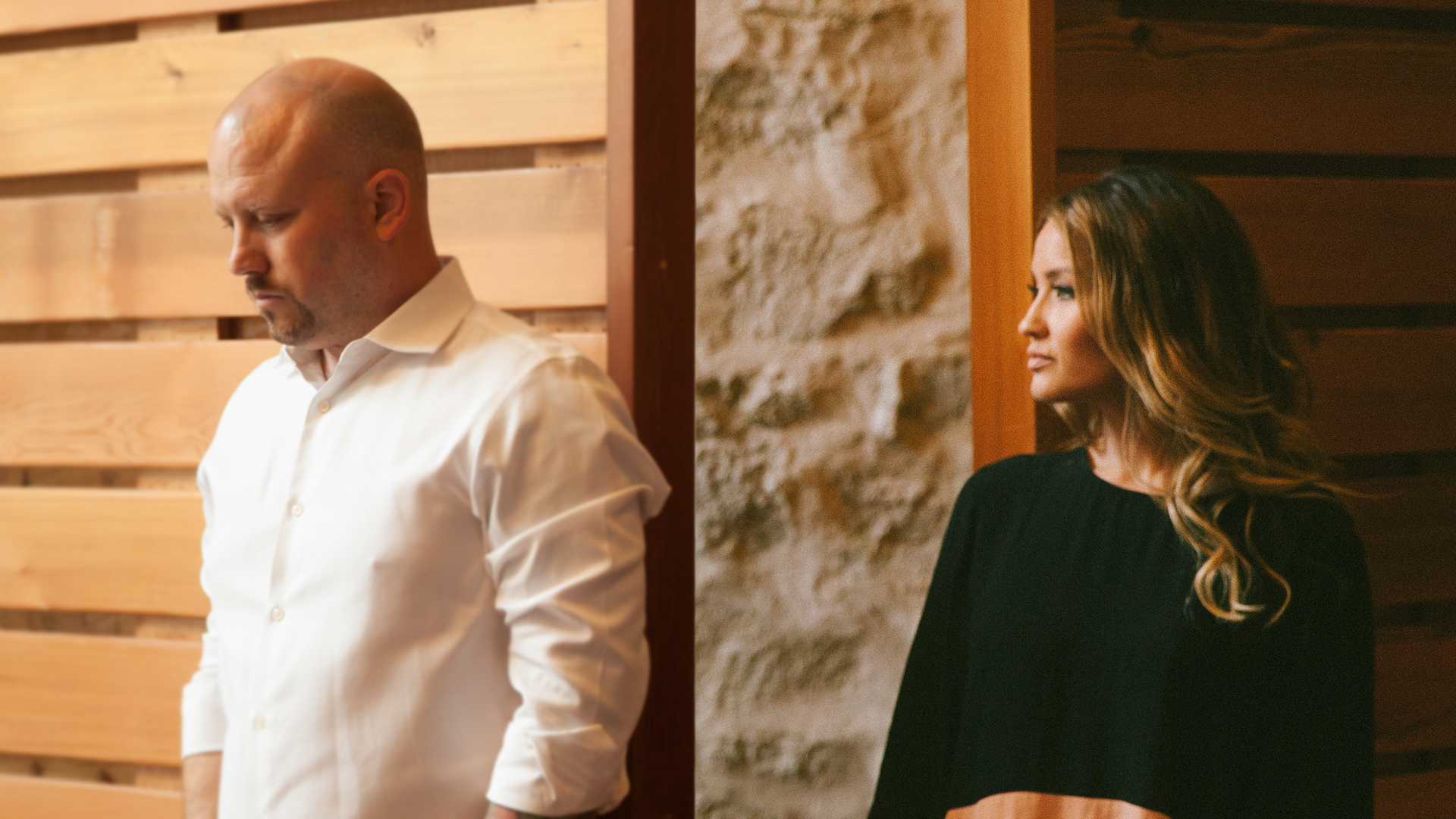 “After 15 years of hurt, addiction and suicidal thoughts, I appreciate that Christ’s sacrifice and grace saved me from the pain of my past.” – Russ Moyer

“The lowest point in my life was the day my wife, Katie, told me she wasn’t in love with me anymore,” said Russ Moyer. “I’d spent our first years of marriage doing whatever I wanted to do – abusing drugs and alcohol, venting my anger at my wife and neglecting our family. My sense of entitlement ruined my relationships, but I didn’t know another way to live.

“My biological father was absent for my entire life. My parents divorced when I was an infant, and my mom remarried several years later. Verbal, physical and emotional abuse in our home gave me a distorted view of what it meant to be a man. Resentment and anger led me toward inappropriate relationships and other struggles as early as 16 years old.

“A high school girlfriend of mine was the daughter of a pastor in our community. He regularly prayed that I would come to know the Lord. Through Young Life, I learned about the gospel and trusted Christ when I was in high school. I dug deeply into faith for six months, but my commitment didn’t last.

“I spent the next 15 years doing everything I could to offend the Lord – sex, drugs, alcohol and more. By the time I met my wife, Katie, I’d been living selfishly for more than a decade. I was under the influence at our wedding ceremony – something I really regret. In spite of how wonderful the first six months of our marriage were, I could not end my struggle with drugs and alcohol.

“By the time our first child arrived, I was regularly lying about my addiction. I’d tell Katie I was working when I was really drinking at a friend’s house. I didn’t care how my actions affected her. But in 2010, that changed when Katie told me she wasn’t sure she could stay married to me any more. She seemed so ready to leave that I agreed to come to re|engage, Watermark’s marriage recovery ministry.

“Reconciliation began in re|engage, where my struggle with anger and uncontrollable desire for drugs and alcohol were out in the open. That’s when I got a look at how much I’d hurt my wife. I was everything she didn’t want in a husband. God used the community we built there to show us that we could not solve our problems alone. Katie never gave up on our marriage or gave me an ultimatum, but true reconciliation couldn’t happen until I was willing to get sober.

“I was still under the influence when I walked into my first re:generation recovery meeting at Watermark. I made several attempts to take part in re:gen, but I was scared of being fully known by other believers. Fortunately, God really showed up by bringing a community of faithful men and women into our lives.

“Growing up, nobody ever said anything about my bad choices. It felt like they didn’t really care if my life was swirling down the drain. So to be both confronted and cared for by my community group was a new thing. After that I made three goals: take a break from the friends who were on a destructive path, go through re:generation at Watermark, and get sober. I’m happy to tell you that God helped those goals become a reality.

“By His grace, I finally went through the entire recovery process and was able to confess my pain and sin patterns to a guy in my community group. Talking about my past felt humiliating at first. But his response represented God’s love, and I realized I was not the only one who struggled. That was the most freeing thing I have ever done.

“The Lord has poured into me through His Word and His people, and now sobriety is something I really prefer. I am actually present in my wife and kids’ lives. Now I look forward to coming home, hanging out with Katie, spending time with the Lord and playing superhero with my daughter and son. After 15 years of hurt, addiction and suicidal thoughts, I appreciate that Christ’s sacrifice and grace saved me from the pain of my past.

“My anger, pride, selfishness and resentment are all still there at times. But because God is at the forefront, my life and our marriage are both tenfold better than where we once were. God removed divorce from our vocabulary. I never expected to hear my wife say that she is more in love with me now than ever. That is all possible because of God’s love and grace.”

Forgiveness Anger
Back to All Stories of Hope